Japan is a country with a lot of earthquakes, where earthquakes occur every day.  However, earthquakes are unfamiliar to foreigners, and there are many things that they do not know about the magnitude and damage of earthquakes. In this topic, I will give you information on the level of shaking used in the event of an earthquake and how to prepare for an earthquake.

It is also known that after a large earthquake, earthquakes of the same degree or slightly weaker occur frequently.  Even if the shaking of a big earthquake subsides, check the news and be careful.

An earthquake with a seismic intensity of 7 occurs once every two and a half years.

Unlike weather forecasts, it is said that earthquake prediction is very difficult.  However, before a large earthquake occurs, a small initial tremor occurs, and a mechanism has been built in Japan to detect the initial small tremor and issue an alert called “Earthquake Early Warning”（緊急地震速報 / きんきゅう じしん そくほう）.  Alerts are not issued before every earthquake, but only when a major earthquake is expected. Alerts will be sent to your smartphone by sound and screen display.

Prediction of a large earthquake

The Japan Meteorological Agency has announced areas where seismic intensity 6 or higher will occur from 2020 to 2050.

Pay particular attention to the purple area. Most of Japan’s big cities are in the purple area.  It seems low that the probability of occurrence is 26% or more, but be prepared for it. Then I will tell you what to prepare for.

First of all, let’s know about the evacuation site（避難場所 / ひなん ばしょ）.In Japan, schools and gymnasiums of public halls are often designated as evacuation sites.  Check the location of the nearest school in advance.It is used as an evacuation site not only during an earthquake but also during a disaster such as a typhoon.

Evacuating to the evacuation site does not mean that it have enough water and food.  Humans need 3Liters of water a day, so store at least 3Liters of drinking water in a plastic bottle.  In addition, chocolate can be supplemented with sugar, so it is recommended to keep it at home on a regular basis.

It is very important for foreigners to get accurate information in English in the event of a disaster. Smartphones are indispensable for that purpose, but sufficient power cannot be secured at evacuation site. Therefore, prepare a rechargeable battery that can charge your smartphone about 3 times.

This is a very pressing issue. Temporary toilets will be prepared at the evacuation site, but it will be difficult to use the toilets due to long waiting times and water outages. Therefore, buy an emergency toilet from Amazon etc. and have it ready. Women should also bring sanitary napkins with them when going to the evacuation site.

Keep these things in your rucksack and be ready to evacuate.

The most recent Great East Japan Earthquake（ひがしにほん だいしんさい）has eliminated more than 16,000 people.  Even though you came to Japan and sent it to your family in your home country, it would be worried for your family to lose their lives. I hope it will be of some help to you about the earthquake in Japan so that you can tell your family about your safety. 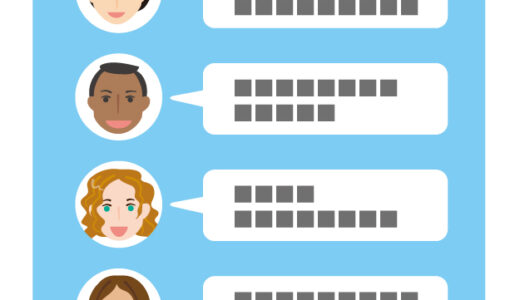 Would you be excited by exchanging hyperlinks?

Which button should I press? H…